Plant a tree in memory of Danny
An environmentally-friendly option 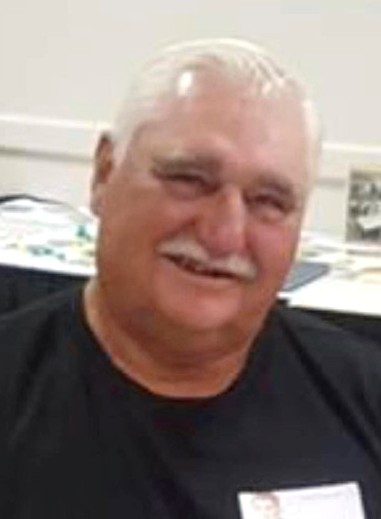 Age 72, of Napoleon Township, passed away March 31, 2021 at Henry Ford Allegiance after complications due to COVID-19.  He is survived by his wife, Pam; his children, Paula (Ryan) Coe, Nathan (Becky) Moore; one granddaughter, Sydney Coe; brothers, Ricky (Linda) Moore, Phillip (Paula) Moore; brothers-in-law, David Brower, Raymond (Nancy) Swart; sister-in-law, Phyllis Pittman and numerous nieces and nephews. Danny was born October 25, 1948 in Wickliffe, Kentucky to the late Woodrow H. and Reda B. (maiden-Bailey) Moore.  Besides his parents, he was also preceded in death by his sister, Sandra Brower.  He was a 1967 graduate of Napoleon Community Schools; then enlisted in the U S Air Force, serving four years while stationed in Germany. He took great pride in serving his community for 14 years as a member of Napoleon School Board while serving as President for a number of years, Napoleon Summer Baseball Little League serving as President, member Napoleon Lions Club, running the chain gang for  Napoleon football games for 38 years where he was always announced as ‘Third Down Danny Moore’, Commander and member of the Wilber-Bartlett American Legion Post #315, coordinating the Wild Game Dinner and serving on the Honor Guard for fallen veterans and Memorial Day Parades.  He was one of the founders of the Silver Bullet Sportsman Group (SBSG) and founder of the Pheasants for Michigan, and a longtime volunteer at the Napoleon Voting Precincts.

Cremation has taken place and a Celebration of his life will be announced at a later time. Contributions in his memory are directed to the Danny Moore Memorial Fund, c/o 7914 Napoleon Road, Jackson, MI  49201.

Plant a tree in memory of Danny by clicking here.
To send flowers to Danny's family, please visit our floral store.

Family to do services at later date

Plant a tree in memory of Danny
An environmentally-friendly option

Plant a tree in memory of Danny

1 tree planted in memory of Danny

A Memorial Tree was planted for Danny H. Moore

We are deeply sorry for your loss ~ the staff at Arthur-Day Funeral Home, LLC
Join in honoring their life - plant a memorial tree

Plant a tree in memory of Danny